Imagine for a couple of minutes if you as an individual got an inflow of Money, steady, reliable turnover. What would you do with the money? How many opportunities would flow out of your life? Think about the impact that you’d make in the lives of everyone around you.

Now scale your imagination to a national/country level. And think about the scale of amazing opportunities and economic favor an inflow of Capital would make on the country. That, in a beautiful nutshell, is the point of Capital Importation.
Capital Importation refers to money (in the form of investments) flowing into a certain benefitting nation, in this case, Nigeria.

“Foreign Direct investment occurs when multinational corporations purchase literal tangible assets in the host country. This could come in the form of purchasing a local company outright or building a manufacturing plant locally. There could also be portfolio investment in the host nation’s financial securities. This might include bonds and stocks which may be bought by international banks, foreign residents, insurance companies, pension funds, hedge funds, or other cross-border groups.” – Financial Dictionary 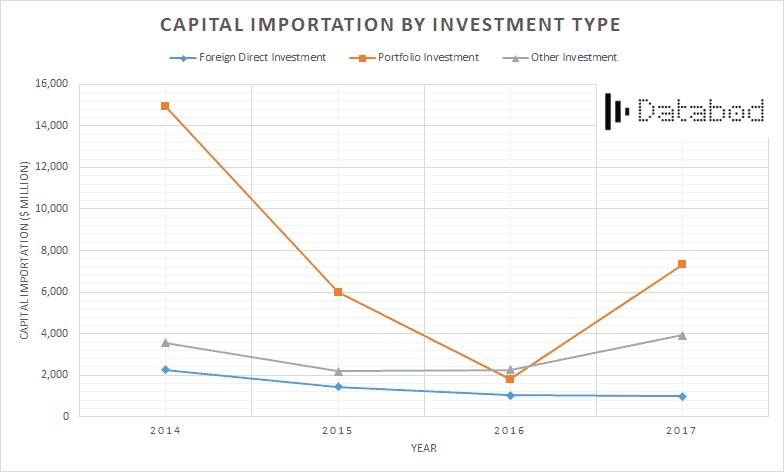 By Sector
Capital can be imported in form of shares or directly imported by different sectors of the economy. Capital Importation by shares brought in the largest, most likely through Equity investments, followed by Servicing and Production. 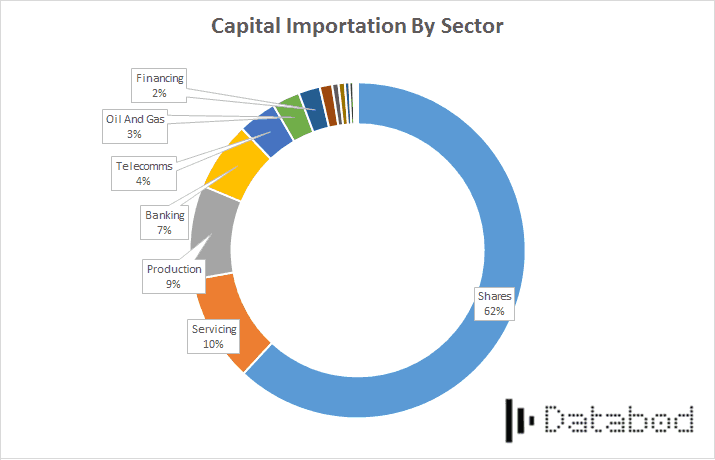 By State
Lagos received the largest Capital Importation. Lagos is the commercial and financial capital of Nigeria, so it is understandable that it is the state that imports the most capital into Nigeria, followed by Abuja. 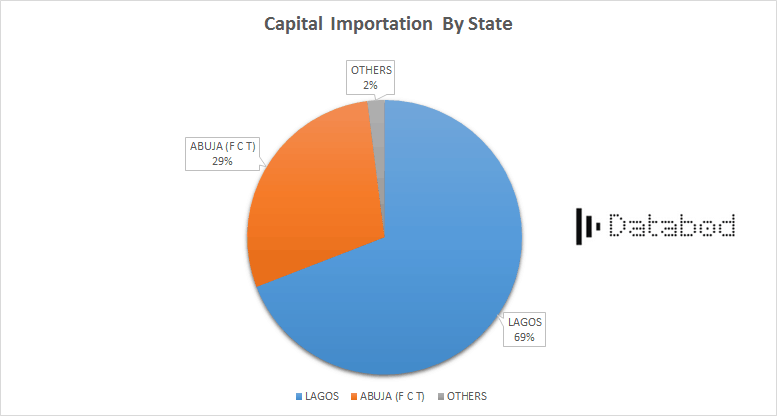 By Country
Wondering where these Capital Importations came from? That is the source country from which Nigeria imported the most capital. The most capital came from the United Kingdom which accounted for $4.34 billion. The UK has accounted for the highest value of capital importation in almost every time. 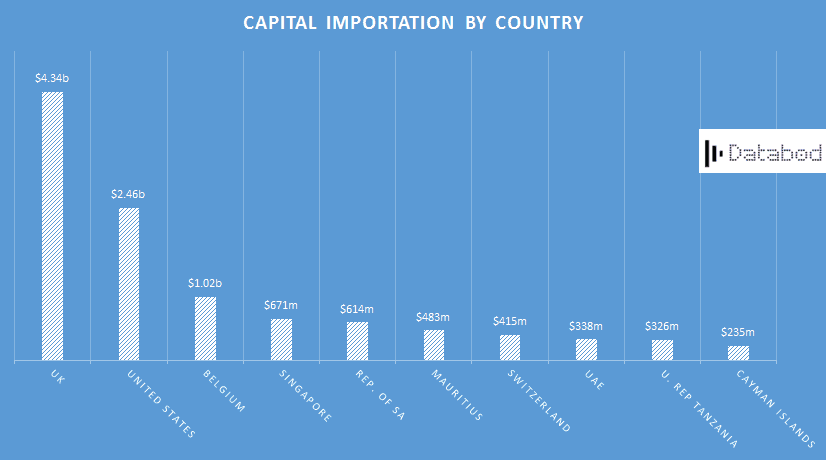