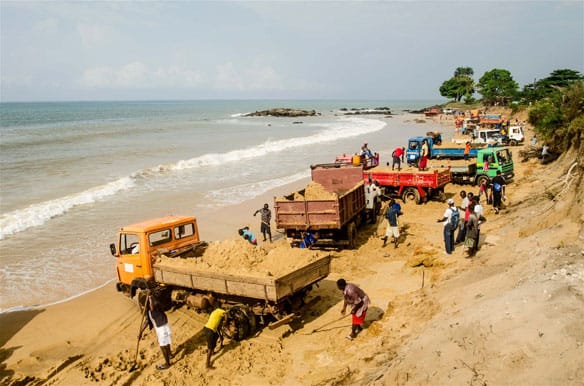 In 2017, Nigeria produced a total of 2.3million tons of sand. Amongst other states, Lagos stood tall as the largest producer of the resource. Sand is the only solid mineral resource that Lagos produces and this it does en masse. It produced a whopping 1.7million tons of this resource accounting for about 73% of the total sand production in Nigeria.

However, quite a number of states failed to produce even a single ton. These states include Abia, Akwa Ibom, Bayelsa, Cross River, Ebonyi, Jigawa, Oyo, Sokoto, Yobe, Zamfara and Abuja.

Sand along with cement and gravel are important materials required for building construction. Its importance to Nigeria, a country with an estimated deficit of over sixteen million units in housing supply, cannot be overemphasized. To meet the accruing demand, the nation needs to increase production of the commodity. This can be achieved by incorporating new excavation techniques and utilizing modern equipment.

The table below provides detailed insight on the corresponding quantity of sand produced per state.