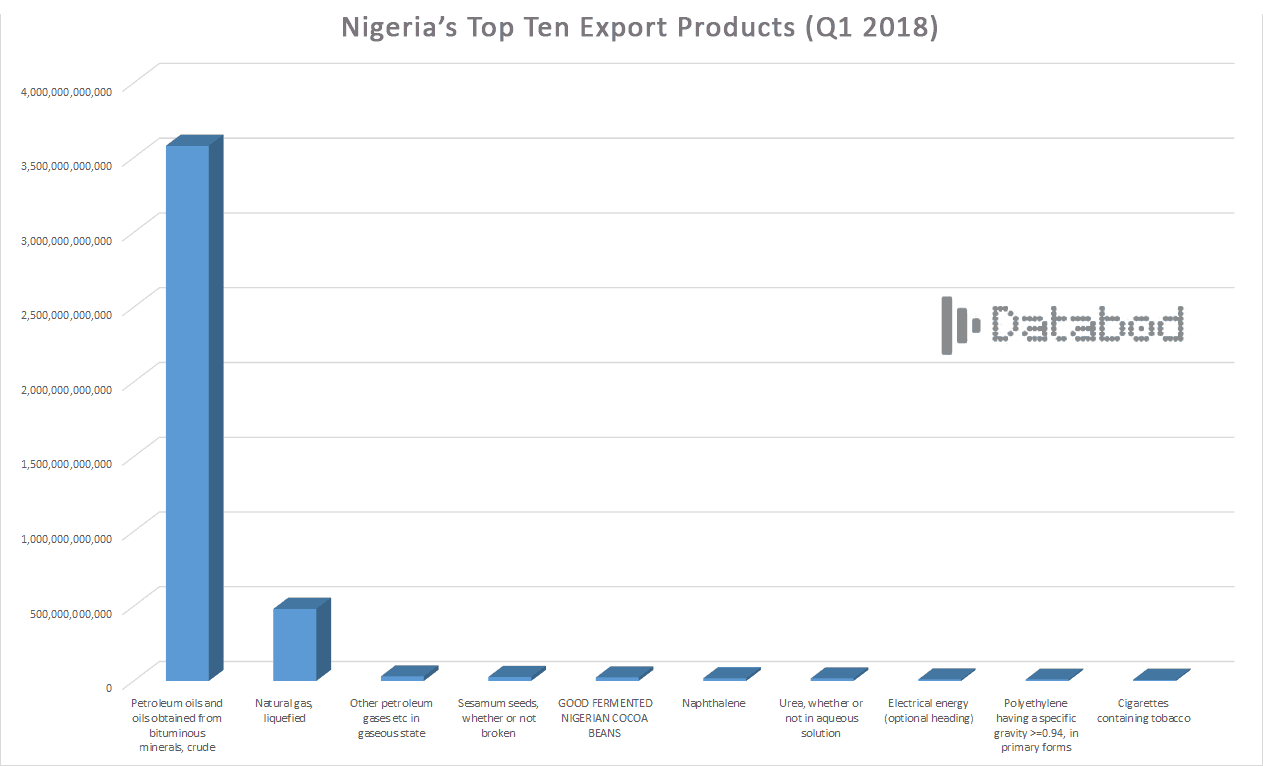 Petroleum products have remained Nigeria’s major export commodity for more than two decades. In the first quarter of 2018, Nigeria traded over 3.6 billion naira worth of petroleum products, accounting for over 76.94% of the total exports in Nigeria.

In the wake of the preceding collapse of oil prices in the global market from $111.8 in June 2014 to as low as $30.7 in January 2016, the country’s economy descended on a downward spiral. Fortunately, this report indicates that the nation is shifting albeit, slowly, from total dependence on its crude oil exports.

Below, is a detailed list of Nigeria’s top export products and trade volume in the first quarter of 2018: