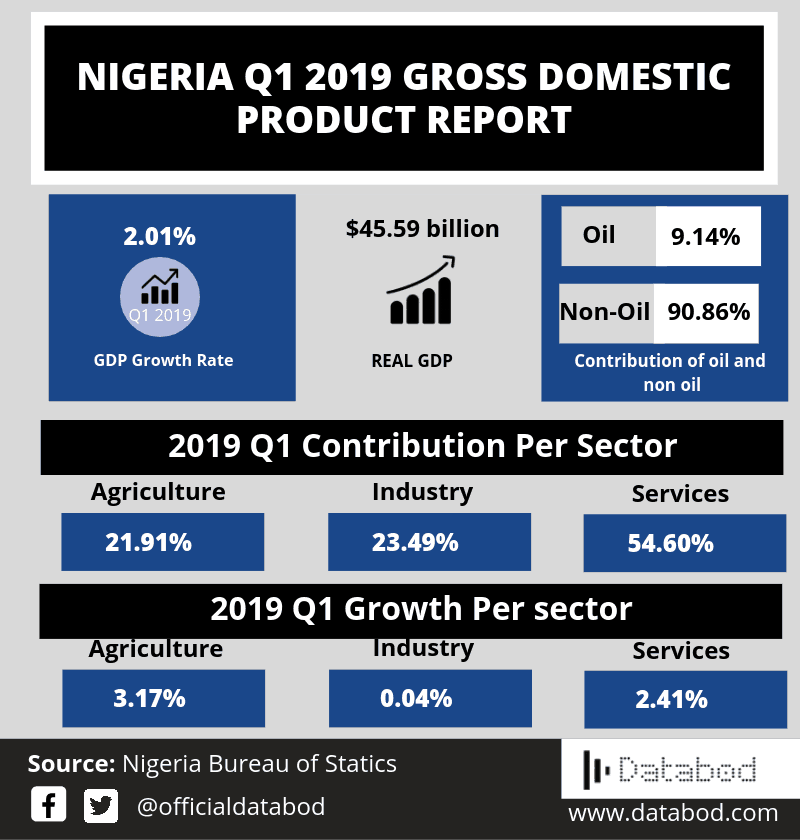 The Nigerian Bureau of statistics recently released the Gross domestic product for quarter 1 2019, the report showed a 2.01% (year-on-year) growth in real terms which translated to a real GDP of N16.42 trillion naira and N31.79 trillion in nominal terms. Although this represents a drop in comparison to the previous quarter (Q4 2018), the 2019 Q1 growth of 2.01% remains the strongest first quarter performance observed since 2015. This was however attributed to the recently conducted general elections in the country.

Since 2013, the poorest growth rate was recorded in Q1 2017 when Nigeria experienced a negative growth rate of -0.91. 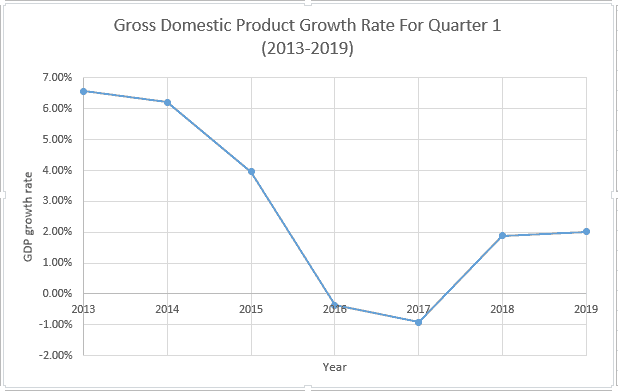 It is also worth noting that Nigeria’s GDP growth rate (in real terms) had experienced a constant decline from 2013, the rate hit its nadir in 2017 and then experienced an upturn in 2018. The sharpest decline in growth rate was observed between 2015 and 2016 where the growth rate dropped from 3.96% to -0.36%. 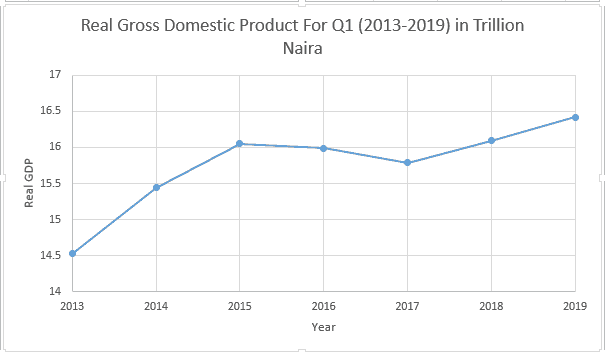