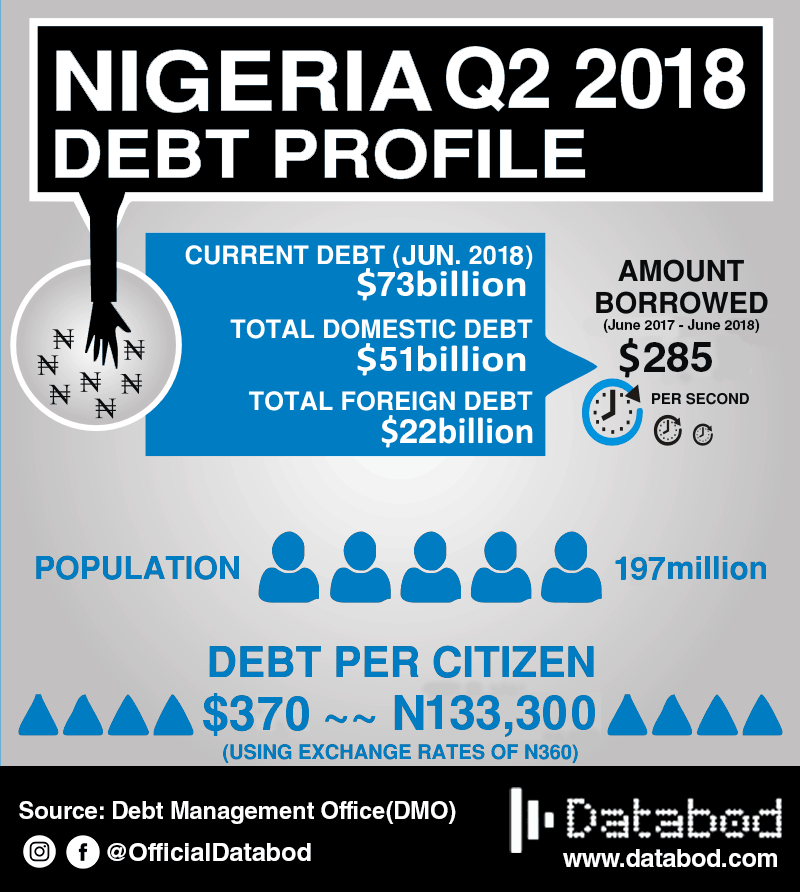 Recent statistics on Nigeria’s debt profile shows that in the first half of 2018, Nigeria incurred debt valued at $23bn. This puts the nation’s total debt at $73billion.

Of this amount, the total domestic debt accounts for N3.84trn while total foreign debt accrued was $22billion. However, the public debt figure revealed that there was a consistent decrease in the government’s domestic borrowing from N12.589 trillion in December 2017 to N12.577 trillion in March 2017 and N12.151 Trillion in June 2018.