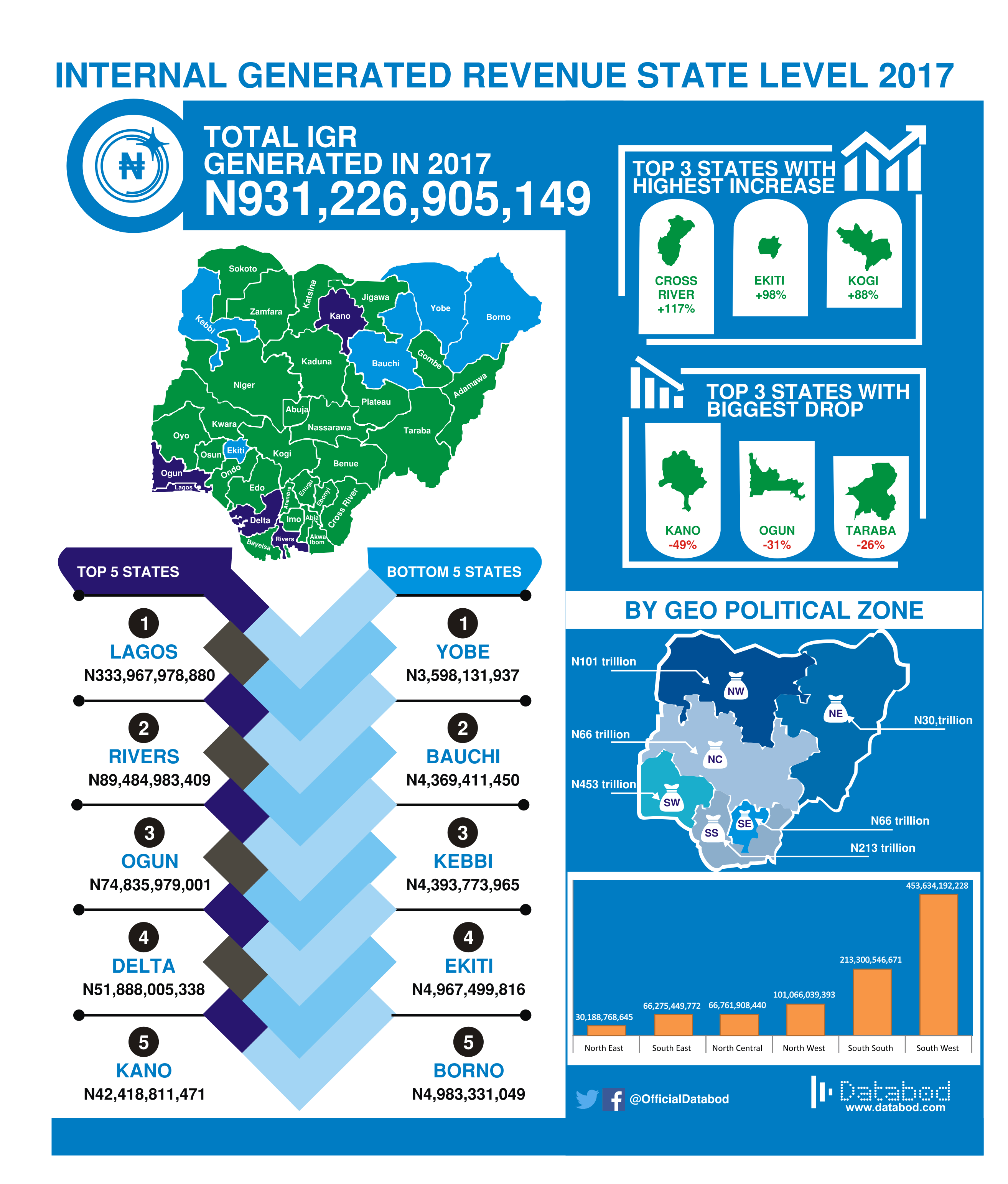 If you live in Lagos, you are most likely aware of the ‘Pay your Tax’ campaign that is ongoing, as the Lagos State Government encourages people to pay their taxes in order for the state to be able to generate income to provide good amenities and infrastructure for the citizens.
In the same vein, other states in the country generate funds – Internally Generated Revenue (IGR) – to provide the amenities needed to grow their states.
The IGR are generated by states through Pay-As-You-Earn Tax (PAYE), Direct Assessment, Road Taxes and revenues from Ministries, Departments and Agencies (MDA)s

In this 2017 IGR report/data, the IGR of Lagos State of N333bn is higher than that of 30 States put together excluding Lagos, Ogun, Rivers, Edo, Kwara and Delta States whose IGRs are very impressive.

The data proves that without the monthly disbursement from the Federation Account Allocation Committee (FAAC), many states remain unviable, and cannot survive without the federally collected revenue.