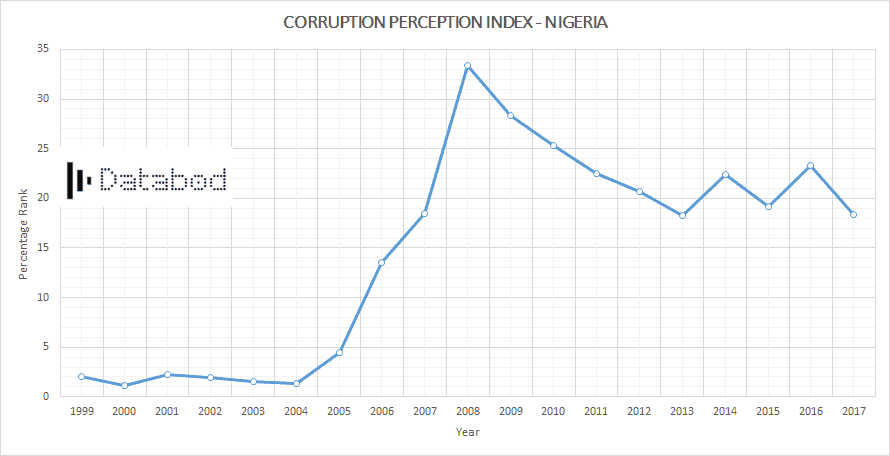 Corruption is probably one of the top 5 most discussed political and economic topic in Nigeria. Corruption has been blamed for practically every problem that exists in the country, the products of corruption are the low-quality education, terrible economic prospects, bad financial institutions that have come to define the state of the country.

During the 2015 Presidential election, the resounding theme on which President Buhari’s manifesto was based on was ‘fighting corruption’ and prosecuting corrupt officials, past and present. This anti-corruption theme was the winning line in the 2015 campaign, so of course, one would expect that Corruption in Nigeria would have become a thing of the past by now.Alas, nothing could be further from the truth, Nigeria’s Corruption Perception Index has gone up since 2015, shooting up and picking up the pace like a rocket!
In the recent International Corruption Perception Index for the year 2017, Nigeria ranked 148 out of 180 countries, that’s the 49th most corrupt country, ranking it from the least to the most corrupt, Nigeria leans way into one of the most Corrupt countries.

Here’s a visual breakdown of our corruption status.