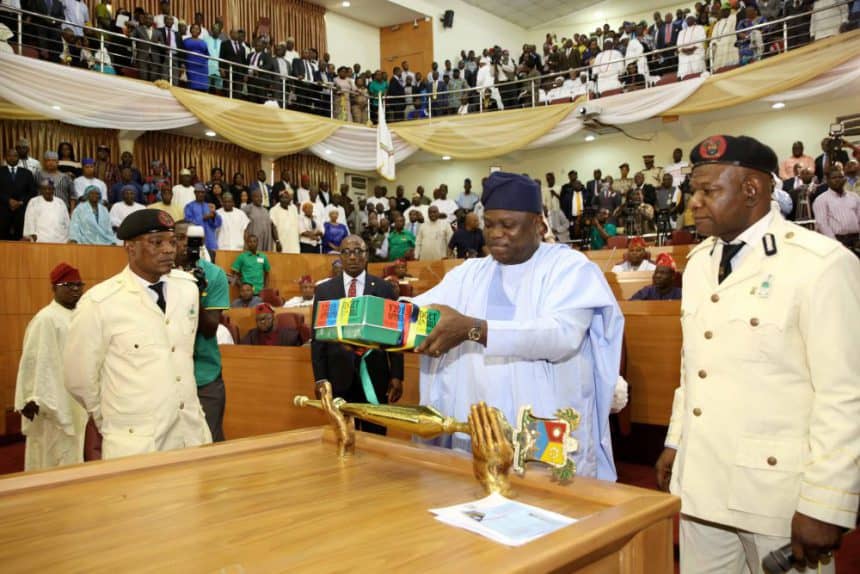 By the beginning of January 2018, all the Nigeria 36 states had presented their spending/budget plans for the year. A cursory glance shows that Cross River state has the highest budget figure of 1.3 trillion naira, closely followed by Lagos state with 1.04 trillion naira. As can be seen from the chart below, the top 5 states in terms of budget size are Cross river, Lagos, Akwa-ibom, Rivers and Delta states respectively. On the other hand, Yobe had the lowest budget proposal. Yobe is closely followed by Taraba, Enugu, Ekiti and Gombe in the league of states with the least budget. 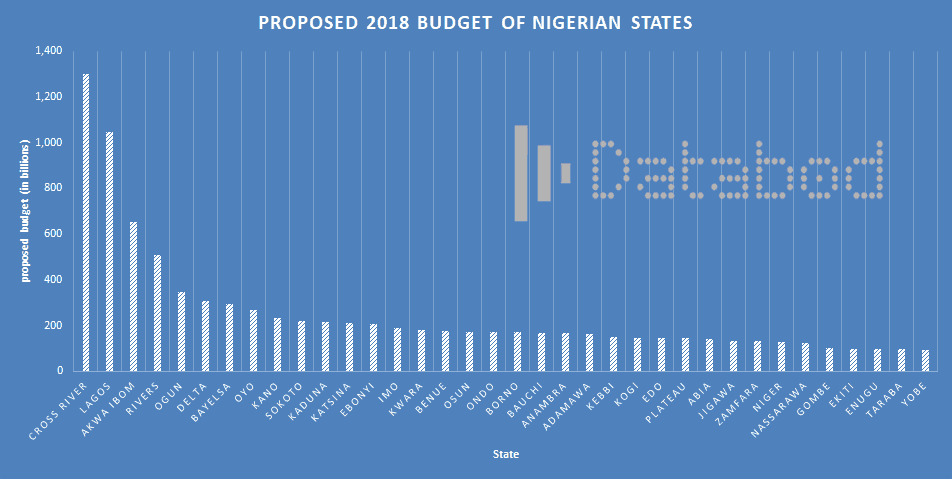 However, looking at the budget figures does not tell the full story. Rather, it can paint a misleading picture.

Anyone interested in the future of their state should look at their state’s per-capita spend data. In some ways, the data is a roadmap of a state’s future prospect (especially the capital component). In the chart below, we have taken a look at the Budget-Per-Capital of Nigeria states.

Just as it does in overall budget size, Cross river still leads the pack in Budget-Per-Capital. In second place comes Bayelsa, followed by Akwa Ibom, Ebonyi and Rivers. Contrary to what we would have expected, Lagos is not even in the top five. Rather, Lagos comes 8th in the league.