Prevalence Of Poverty In The 36 States In Nigeria 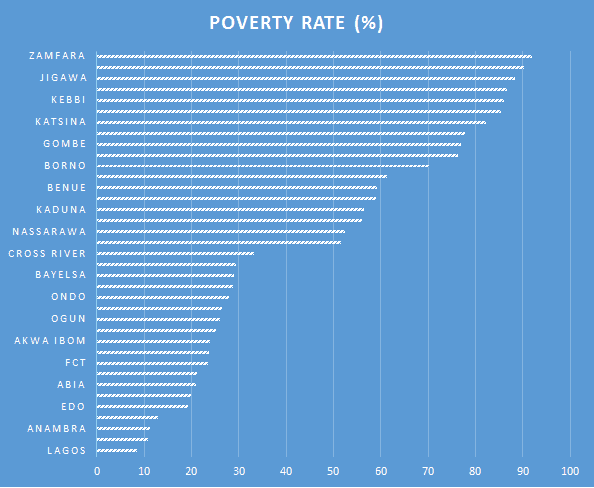 Nigeria is one of the most diverse and un-equal countries in the world. Nowhere is this illustrated lucidly than the performance of Nigeria states on the United Nation’s Multi-Dimensional Poverty Index. The contrast between the southern and northern states is stark. While the top five states with the least incidence of poverty are in the south, the ten poorest states are all in the northern part of Nigeria.