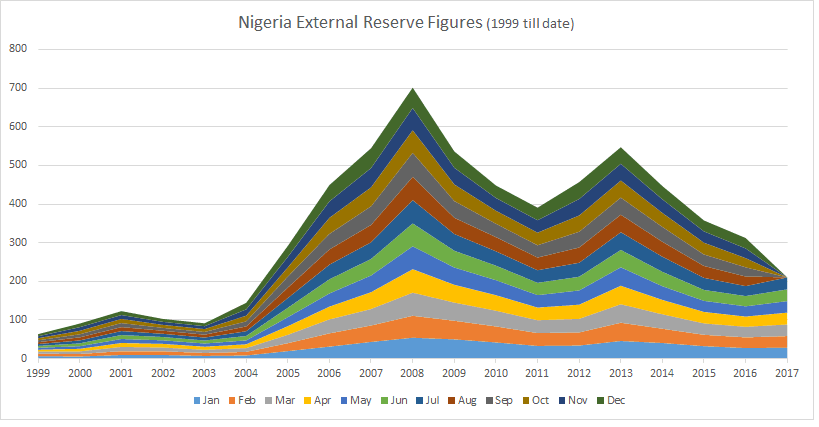 This is the most accurate and up-to-date data on Nigeria external/foreign reserve from the advent of democracy in 1999 till date.

As at May 1999 when the military handed over power to the civilian administration of president Olusegun Obasanjo, Nigeria total external reserve was &4.98 billion. It reached an all-time high of $ 58 billion in 2008 before plummeting to $23.69 in in October 2016.

Foreign reserves are liquid assets held by a country’s central bank or other monetary authority in order to implement monetary policies effecting the country’s currency exchange rate and ensuring the payment of its imports. The assets include foreign currency and foreign denominated bonds, gold reserves, SDRs (special drawing rights) and the IMF reserve position. Foreign exchange reserves comprise securities at market value, currencies and deposits with other national central banks, BIS and IMF, such as financial derivatives (source)

*figures are in $billion