How much does it take to run a country on a daily basis? How is that money generated, so that the country can be run smoothly? In the effect that there isn’t enough money or resources to run/build the country, where does the country go to borrow money to get the funds required to carry out projects that’ll better its citizens and grow different sectors?
Your guess is right! The country raises/borrows money internally or goes external. Internal debts = Domestic debts(The amount of money raised by the government denominated in local currency and from its own residents. Usually through Bank and Non-Bank borrowing), External debts (the total debt a country owes to foreign creditors & overseas lenders such as banks, the IMF, foreign companies)

According to data released by the Nigerian Bureau of Statistics (NBS) on the total amount of debt owed by Nigeria as at December 2017 reflected that the country’s foreign and domestic debt stood at $16 billion and $44 billion respectively. Further disaggregation and breakdown of debts by time depicts that we were borrowing $1, 902 per second! 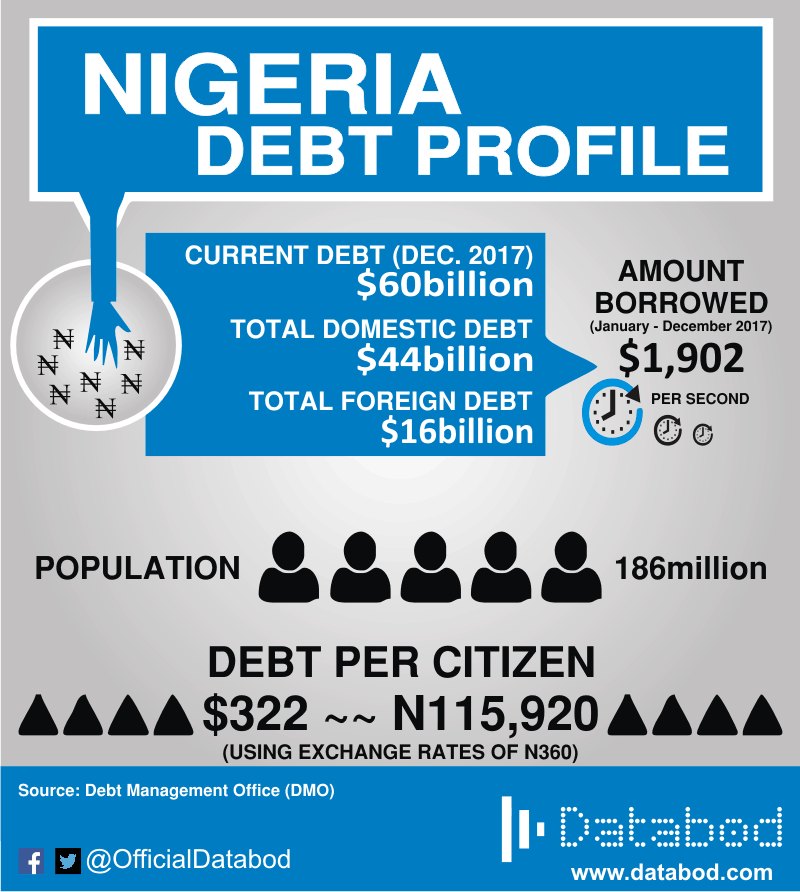 A significant way to think about government debt is in per capita terms. Breaking it down by the population as predicated by the last population census which put Nigerians at 186 million people, we find that the debt is $322 to one person.