Lagos Records the Highest Number of Theft Cases In Nigeria (2017) 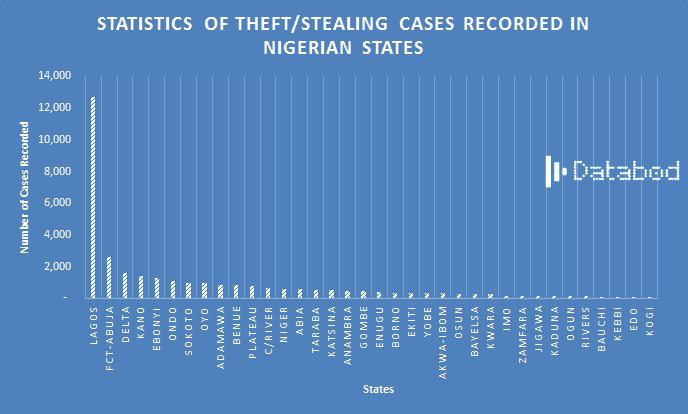 What’s more alarming is that property theft is the most popular crime in Nigeria. One out of every five crime cases recorded is a theft case. In 2017, Nigeria recorded a whopping total of 32,330 theft cases within her states. This shows just how rampant this menace has become in our society.

As at the time of collation, no data was ascertained for Nasarawa state.