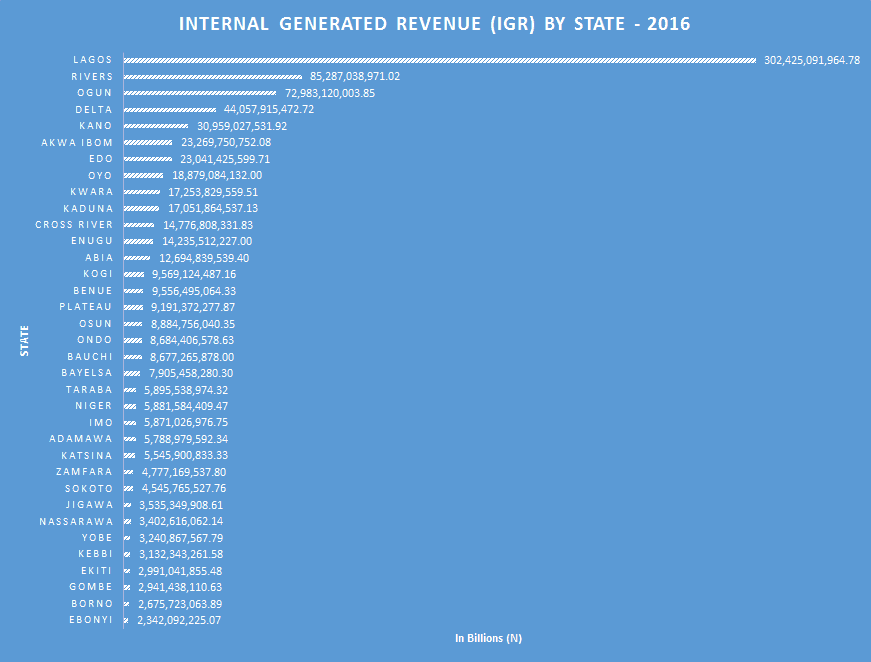 The dependence of Nigerian states on monthly allocation from the federal government is startling.

Not long ago, The National Bureau of Statistics (NBS) released report on Internally Generated Revenue at State level for January to December 2016. From the data reported, only Lagos, Lagos, Ogun, Rivers, Edo, Kwara and Delta States generated up to 30% of their revenues internally.

What this means is that most states in Nigeria are not viable.

Below is a chart showing IGR per each states of the Nigeria federation in 2016: